Sudbury Living Magazine February 15, 2015 Travel No Comments on To tip or not to tip? 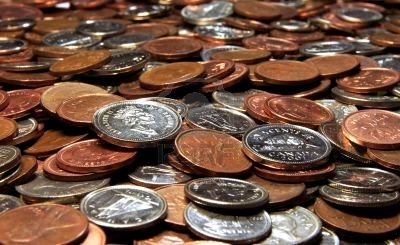 (CNW) From calculating a tip in Mexico to chewing gum in Singapore, many Canadians admit they are baffled and sometimes mistaken when it comes to tipping etiquette and understanding customs when vacationing overseas, according to the TD First Class Travel International Etiquette Poll.

The poll found three quarters of Canadians (76 percent) are planning on travelling this summer, with 28 percent vacationing outside of Canada. Despite their love for exploring new places and cultures, many Canadians confess they are unsure or confused (57 percent and 16 percent respectively) when it comes to understanding gratuities, tipping and service fees outside of Canada.

Perplexed about tipping standards, 40 percent of Canadians admit they err on the side of caution and tip service providers overseas what they would at home: 10-15 percent.
Leaving a gratuity in an unfamiliar currency can be confusing and frustrating, because every country has a different standard. For example, it’s customary to tip wait staff 15-20 percent in the US, but in Europe service charges are often included in the bill and in Australia you’re not expected to tip at all.

Before you travel overseas, you should always check to see what is customary. Under tipping can be embarrassing, but over tipping can really impact the budget.

Tipping in Australia is basically non-existent; only in fine restaurants.

Most service staff in Canada expect something in the 10-20 percent tip range.
China

No tipping in China.
France

In France, tip in restaurants, though not at bars, service must be included in the price, by law. It is usually about 15 percent or so.
Italy

No tip is expected in restaurants throughout Italy unless you want to tip. You may be charged a cover charge’ or possibly for the bread on the table. Drinking coffee at the counter is considerable cheaper than if you take a seat to drink it.

Tip like you would in Canada or the USA.

Service is almost always included in the price as is the sales tax.

Tell us about your experiences.