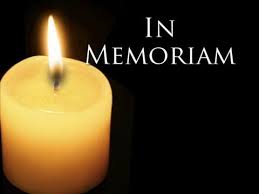 Bob Fera died Dec. 25, 2019 surrounded by family.  A retired educator, he is a former city councillor and school board trustee.

Born Nov. 20, 1938, Fera was raised in Coniston. According to his obituary, this experience shaped his future personal and professional commitment to family and community, leading him to a career in education.

At the age of 19, he was appointed principal of Holy Redeemer, later Sacred Heart , then St David’s, and for the last 20 years of his career, St. Raphael’s school, where he implemented many innovative curricula and after school programs for the community.

Early in life, he married Peggy ( Margaret) Arrowsmith.  Three children , Rob, Sean and Marnie showed up in rapid succession and the family moved to the south end of Sudbury, where he later launched into community politics, winning the Ward 9 council seat.

In addition to an active political career as councillor, he also took on the role of president of the Ontario English Catholic Teachers Association, the office of Deputy Mayor and Chair of the Sudbury Board of Health. His trademark sincerity and no nonsense ability to cut through “administrative inertia “ ( or BS as he would call it ) with humor and dogged determination made him a formidable character and respected leader. Using these skills, he tackled municipal and local health issues which led to increased and greater accessibility to services for community members. Bob’s path inevitably led to Queen’s park where he helped develop Community Care Access Centres ( CCAC) , of which he became Provincial and Sudbury/ Manitoulin Chair.

Bob Fera is a former educator, and at one time served as principal of the largest separate school in Sudbury. He was an alderman and regional councillor before running for the House of Commons, and also served as Deputy Mayor in the mid-1980s. He opposed Sudbury’s move to market value assessment for property taxes in 1986, following significant rate increases throughout his ward He moved a successful motion against Sunday shopping two years later, and was quoted as saying “this community is not ready to trade in its prayer cards for VISA cards”.

Many believed that Fera was a New Democrat, and his decision to run for the Progressive Conservatives was greeted with surprise in some circles. Fera argued that the PCs were likely to win the election, and that Sudbury would benefit from having a member on the government side. He received 9,356 votes (21.99%), finishing third against Liberal candidate Diane Marleau.

Fera became chairman of the board of the Manitoulin-Sudbury Community Care Access Centre in 1996, and served as chair of the Ontario Association of Community Care Access Centres for a time. He criticized the provincial government of Mike Harris for its approach to home care in 1998, but welcomed the government’s infusion of new money to the industry the following year.

In November 1999, the Harris government appointed him to a provincial Round Table on Elder Abuse. Two years later, however, Fera argued that renewed government cuts in his sector were jeopardizing the service. His centre was forced to introduce severe cutbacks that same year, which Fera blamed on provincial underfunding. He later indicated that he was prepared to introduce user fees to prevent further cuts.

Fera resigned his position in November 2001, in protest against the Harris government’s efforts to restructure the province’s Community Care Access Centres (the government had introduced legislation giving the province the right to appoint boards of directors and chief administrative officers).The board rejected his resignation, and he stayed to lead a province-wide protest against the proposed legislation. The legislation was nonetheless passed, and the Harris government dissolved the centre’s board in February 2002.

Just before the board’s dissolution, Fera sharply criticized the Harris government for firing its executive director, Bob Knight. Knight had previously criticized funding shortfalls, and Fera described his dismissal as “a vendetta by the government to silence the opposition to the lack of funding in the home-care sector”.