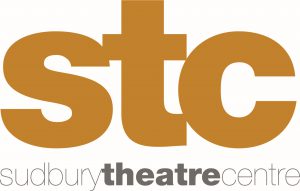 Sudbury Theatre Centre is thrilled to announce the line-up for The PlayMine. This new script reading series, featuring theatre creators from Northern Ontario, is presented in partnership with Pat the Dog Theatre Creation.

Sudbury writers Jesse Brady and Cora Eckert will be joined by award-winning Chapleau playwright Mansel Robinson. All three writers will see their work developed over the course of the 2018.2019 season, culminating in staged readings with live audiences. These raw and exciting readings of the scripts-in-progress will take place in Steve’s Encore at STC, followed by intimate conversations with the playwrights.

The first reading will be Manifestos by Jesse Brady on Thursday, 8 November at 7pm. Admission is by donation. Other readings are scheduled on 25 January and 5 April 2019.

Manifestos is an off-beat comedy about love lost and revolution. During the G20 summit in Toronto in 2010, Theo’s apartment is raided by his ex-girlfriend Kristen and her ragtag group of activists, turned bank-robbers. With riots raging and police hot on their trail, the cracks begin to show in the revolution, while Theo’s feelings for Kristen are rekindled. Manifestos is a satire for our modern age.