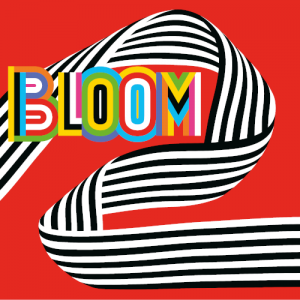 Tickets are currently available at nlfb.ca/tickets and at outlets around Sudbury: Old Rock Coffee (Minto St.), and A&J Home Hardware (Bouchard St.). Tickets of all types are extremely limited due to venue capacities, so organizers are urging festival-goers to purchase in advance.

Building on themes of musical and cultural diversity, the last additions to the Bloom 2 lineup bring another vibrant set of sounds to the table. Lynn Miles is an award-winning singer-songwriter, record producer, teacher, writer and public speaker with 15 albums to her credit. She won a Juno award in 2003 for Roots Traditional Album of the year and went on to be nominated in the same categories in 2006 and 2011. She is also the recipient of 6 Canadian Folk music awards including 3 for songwriter of the year. In 2016, Americana artist Clair Lynch recorded Lynn’s song “Black Flowers” on her Grammy nominated album “North By South”. Lynn Miles will be joined by Juno winning musician, producer, guitarist Keith Glass, perhaps best known as a founding member of Prairie Oyster. They will be playing at The Sudbury Theatre Centre on March 7th at 8pm.

Kayiri will also be joining the Bloom 2 lineup. Some may recognize her from her captivating performance at La Nuit Émergente in March of 2019. Kayiri is an inventive, skilled musician who studied at the Montréal and Gatineau Conservatories, specializing in classical and pop/jazz. She has played stages all over the world and has toured in Quebec, Ontario, France, the U.S., Senegal, Morocco and Brazil. Her live show combines her violin artistry with jazz, pop, soul, hip-hop and beatbox. Kayiri will be playing at The Grand on March 6th as part of the opening night show along with A Tribe Called Red, Lido Pimienta, Terra Lightfoot and Edouard Landry.

The Light of East Ensemble from London, Ontario, performs music of the Near East and Middle East. Specifically, traditional, folk, Classical Arabic, Greek Rembetika, and modern urban music of the 20th century, from regions such as Armenia, Greece (Asia Minor - Smyrni, and Konstantinoupoli), Turkey, and Middle Eastern countries such as Egypt, Lebanon, and Syria. They are seasoned performers of concert halls and festivals as well as university and community concert series, elementary and secondary schools, and colourful belly dance haflas! The Light of East Ensemble was the winner of the 2011 and 2013 Jack Richardson Music Award in the catagory of World Music, as well as the 2013 winner of a London Music Award for World Music. The Light of East Ensemble will be playing at 7pm at the Sudbury Theatre Centre before Lynn Miles.

Eyeda Sophia is a Toronto based MC and poet. Her music unpacks tales of growth and self-reflection via spoken-word like delivery. She has curated several Toronto based rap cyphers and events in support of safer and more inclusive spaces to enjoy rap. Eyeda continues to represent the wave of new age Hip-Hop; a place for queer, marginalized and femme peoples. Eyeda Sophia will be joining Clairmont The Second and Jor’Del Downz at The Asylum for an all hip-hop show on March 7th.

The Ape-ettes are an all-girl garage-psych-pop-punk trio from Sudbury. Charming the crowd with their spirited less-is-more approach, the Ape-ettes will have you rocking out in both official languages. In what is sure to be a rock show of epic proportions, The Ape-ettes will be joining Partner at the Townehouse Tavern on March 7th.

For information on set-times, locations, tickets and more, check out nlfb.ca/bloom

Buffy Saint-Marie to appear at NLFB ’17