Vicki Gilhula July 17, 2018 Uncategorized No Comments on Sudbury should give Civic Holiday a name 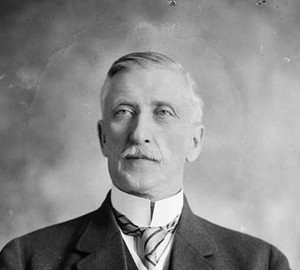 Frank Cochrane was a successful Sudbury businessman as well as an MPP and MP. He served in both the federal and provincial cabinets.

I keep repeating this column before every Civic Holiday. Maybe one of our city politicians will take note.

Sudbury City Council could give the August long weekend a name: Cochrane Day

Toronto has Simcoe Day. Other cities has named the holiday after their founders renamed  in Toronto effective 1969 in honour of the first Lieutenant-Governor of Upper Canada

Civic Holiday is now known by one of a number of local appellations such as:

Frank Cochrane, a wealthy businessman, was one of the community’s leaders who petitioned Queen’s Park to incorporate Sudbury as a town in 1892. He served on town council before becoming mayor, and then represented the area as a Conservative MPP and MP. He has held provincial and federal cabinet posts.

He believed Northern Ontario or “Greater Ontario” as he called it, had a bright future.

According to his biography on Sudbury Museum’s website, “Throughout his early political career, Cochrane was responsible for helping to develop the north by attracting foreign investment, settling mining disputes, and encouraging the expansion of the railroad through the north.”

Originally from Quebec, Cochrane moved from the Ottawa Valley to set up a mining supply and hardware store in Sudbury in 1890. The store became Cochrane-Dunlop Hardware and it expanded with stores in North Bay and Sault Ste. Marie.

Cochrane Hardware Limited, described at his death by the local daily newspaper as “one of the largest commercial institutions of its kind in the province, with branch stores all over the North Country.”

Tall and handsome, Cochrane made an impression on people. Equally impressive was the three-storey Cochrane Block on the corner of Durham and Cedar. (It was torn down when the Scotia tower was built.)

Historian Charles Dorian wrote, “When someone remarked his new hardware store was too big for a small town, Cochrane replied, with positive assurance, he was afraid it was too small for the big city Sudbury was going to be.”

Cochrane took advantage of the considerable business opportunities in “Greater Ontario.” In 1902 he and prospector William McVittie founded the Wahnapitae Power Company which supplied power to Sudbury. (In 1929 the Cochrane family sold its shares to the Hydro-Electric Power Commission of Ontario for more than $1 million.)

He speculated in various mineral properties, the most valuable being the so-called Frood Extension, purchased in 1908 and sold to the Mond Nickel Company in 1910 for $200,000.

He was mayor for three years, each time defeating James Orr, editor of Sudbury Journal. He was acclaimed MPP for East Nipissing in a byelection in June 1905 and named minister of the newly created Ministry of Lands and Mines. This despite the fact he suffered an accident that winter which resulted in the amputation of his right leg. He lost his footing while boarding a moving train and was dragged along the track.

In 1908 he was elected the first MPP for the provincial riding of Sudbury. Cochrane is credited for attempting to secure a portion of the wealth created by mining companies for communities such as Sudbury by establishing a tax on mining profits.

After Cochrane helped the federal Conservative government win a majority of seats in Ontario in 1911, Prime Minister Frank Borden offered him a federal cabinet post. He resigned from the Ontario cabinet and a safe seat was found for him in Nipissing. Cochrane was given the Railways and Canals portfolio.

During this time, he encouraged the establishment of a nickel refinery in Port Colborne.

As he got older, he was in poor health as he suffered from diabetes and kidney disease. His condition was made worse by worry about his sons serving overseas during the First World War.

In 1917, he ran as the Unionist-Conservative candidate for Timiskaming. He was re-elected, and served as minister without portfolio until his death at the age of 67 on Sept. 22, 1919. He is buried beside his son, a casualty of war, in Mount Pleasant Cemetery in Toronto.

The Town of Cochrane is named in his honour. There is a Cochrane St. in Sudbury off The Kingsway,

Cochrane’s history is recorded in various sources but especially in the book Silent Frank Cochrane (1973) by Scott and Astrid Young. The subtitle of the book is The North’s First Great Politician.