Health Sciences North is getting a PET scanner 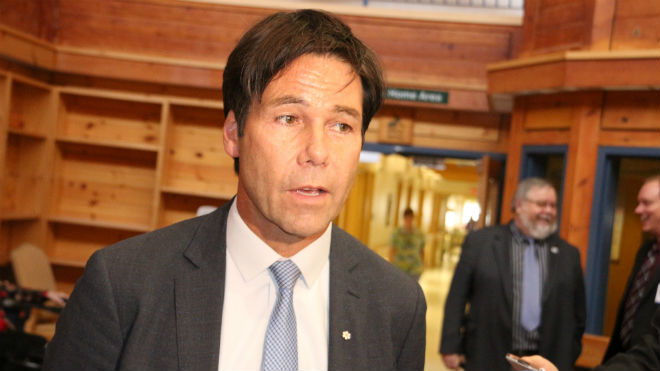 Health Minister Eric Hoskins was in Greater Sudbury today to announced, alongside Sudbury MPP Glenn Thibeault, that Health Sciences North will soon be the home of a PET scanncer. File photo

Speculation was that Hoskins would be announcing funding for a mobile PET scanner to provide service in the northeast. Hoskins went one better though.

Instead, he announced Health Sciences North would be the home of a permanent scanner. The province said today it OK’d the scanner and will provide operating funds once the community and HSN raise the capital to purchase the scanner.

On hand for the announcement were members of the Sam Bruno PET Scanner Committee, a group which for years has been fundraising and advocating to bring a scanner to the city. Back in February, Frank Bruno, the brother of Sam Bruno, called the idea of a mobile PET a good step, but ultimately a Band-Aid solution.

The committee has raised about $665,000 to purchase a scanner, which costs around $4 million.

Last winter, both Hoskins and Premier Kathleen Wynne said medical professionals with the provincial PET Steering Committee should determine if the scanner – and the investment that comes with it – would be appropriate for Sudbury. Apparently that committee has come down in the Nickel City’s favour.

The province said today the PET scanner in Sudbury would reduce the travel burden on patients in the northeast and perform up to 750 tests per year.

The government will provide the hospital with up to $1.6 million in yearly operating funding for the device once the community and the hospital have raised the necessary capital for a permanent PET scanner.

A PET scanner allows doctors to able to better diagnose cancers, as well as other illnesses such as dementia and lung disease.

Northeastern Ontario is the province’s only region without a PET scanner.

Every year, more than 500 people from the northeast travel to Toronto for PET scans.

Binge eating not about food

Anna Barsanti
Blogger
The Christmas Season is upon us
December 21, 2015