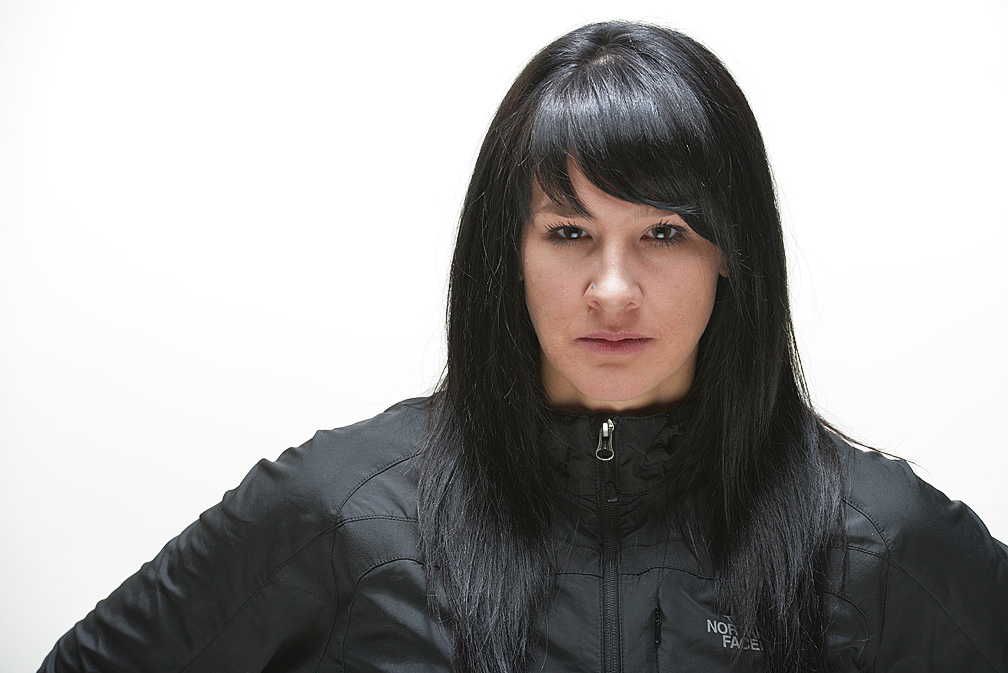 On her hands and knees in mud, Amber Konikow was crying and in unbearable pain. Her right leg had long given because of a severe strain in her medial collateral ligament, forcing her to the ground and into crawling mode.

Last August, Konikow participated in the 2012 Canadian Death Race, solo, in Alberta. Her body was finished, beaten up too bad to continue. Konikow’s will would have nothing to do with it. There was no way she was going to quit. She was going to keep going regardless of the pain. Something else had to stop her.

Stuck half way through the race and on a side of a mountain, Konikow did what she’s always done in her life when a challenge presented itself. She persevered.

The 2012 Canadian Death Race is the latest example of just how far Konikow will go for what she believes in. Her determination shows even in defeat, Konikow can always find a way to make a negative a positive. This is her life: turning bad into good.

“Every step I took, my leg buckled. I couldn’t run, so I crawled down that damn mountain,” the 38-year-old remembers.

“I told myself to keep going no matter what. I was running that race to see how far I could push myself. My injury was severe enough to slow me down, but not enough to make me quit. I did what I always did, and dug deep. I ran 65 kilometres of the race before I timed out. I didn’t quit. I will run that race again. I will finish the Canadian Death Race.”

Konikow, who is the daughter of Bonnie and Igor Konikow, did not take up sports until she was 25. She graduated from the Cambrian College nursing program and worked in Little Current and Oshawa. She has spent the majority of her 15-year nursing career in Sudbury.

After graduating, Konikow’s focus in life was directed at finding employment and not wasting her post-secondary education. She enjoyed her demanding career and her free time socializing with friends. Still, something was missing in her life.

“I wasn’t doing much of anything,” she says. “I was working and watching TV. It dawned on me there was more to life than that. In my early 20s, I went out drinking and partying. I was done with going to the bars. It was a waste. I knew there was more for me. I found it in boxing. I was hooked the first time I tried boxing. It was hard, but that’s why I liked it. It was the challenge I was looking for. It was a big life change for me.”

Konikow trained hard to become one of Canada’s best female boxers. She won two Canadian national championships and a pile of gold, silver and bronze medals at various international events. She reached her peak by earning the bronze medal at the 2008 AIBA Women’s World Amateur Boxing Championships in China.

Boxing became a catalyst for Konikow. It helped her gain confidence. It defined her.

“Boxing gave me the feeling I could take on anything,” Konikow says. “It’s a positive experience for me. Boxing opened a lot of doors and opportunities for me. It gave me the confidence to go through those doors and achieve more goals in life.”

When the calendar turned for the year 2010, Konikow was in a different frame of mind. She and her husband, Joe Hurban, had settled down in Lively and they wanted a family. She stepped back from throwing her fists to become a mother. In February, Konikow found out she was pregnant. In April, she had a miscarriage. She and her husband tried again, but were unsuccessful.

It was a dark time. It was an emotional time. Konikow went back to boxing and training. She read an article on the Canadian Death Race.

“It was a big loss. It was difficult to overcome,” says Konikow. “It was a hard transition for me, but I needed to do something. I saw the Canadian Death Race and thought I could do it. I trained and ran the relay race event with two other people in under 18 hours. I took my negative experience and that energy and turned it into something positive for me. I was hooked on endurance running after that first race. I knew I was going to become a runner.”

And run she has. Konikow has competed in eight marathon/endurance competitions since 2011, including the Toronto Marathon and Canadian Death Races.

Konikow has a passion for new adventures. A friend showed her a film script and asked her to help out.

Since 2011 she has appeared in three local films by HIT Productions and HB Entertainment (Feud, 15 Keys and Con Game) as a stunt actor and actor.

“I have a lot of energy and have to put it to good use,” she says. “I have picked things that challenge me because good things have always come out of it. Acting was a chance to do something completely different.”

Gord Apolloni, head coach at Top Glove Boxing Academy, says, “Amber has always done everything with heart. She is the type of person who never quits at anything. She has a huge heart and a hard-nosed approach to life and sport.”

With the international and Olympic age limits for boxing competitors being raised to age 40, Konikow is preparing to win another Canadian crown.

“We missed her at the club and showing everyone what it takes to be a champion,” Apolloni says. “She is competitive and gets what she wants. She does everything with passion. She has been everywhere and done a lot. She is also a great person who respects others.”

Konikow takes a deep breath and lets it out. Her mind swirls with the thought of the journey her life has been the last 12 years. It has been a trip of gruelling victories and heart-breaking losses. And by the sounds of it, the journey isn’t over. There is more Konikow wants to do.

In August, she will compete in the Fire and Ice Ultramarathon in Iceland with her husband. It is a mettle-testing 250-kilometre challenge. She also plans on running the Canadian Death Race again in 2014 and crossing the finish line.

“I never thought anything I did would lead me to where I am,” she says. “It all started because I tried boxing. That’s the spectacular thing about trying something new. You don’t know where it will bring you and what you will gain. It’s been unbelievable. Boxing has done everything for me. I can’t seem to get enough of it. I’ll probably be doing it when I’m 80.”

In 2011 Amber Konikow was the winner of a Sudbury 40 Under Forty award. Here are the notes from her profile.

Q: What motivates you?
A: Discovering new and old opportunities. And making these discoveries into goals and having fun working toward obtaining these goals.

Q: If you could meet anyone in the world who would it be?
A: My mother’s grandmother, Margaret Dora Cote. Margaret was born March 5, 1885 and died March 3, 1958. She was born and raised on the Cote First Nation, Kamsack, Sask. My mother, Bonnie Konikow, told me her grandmother had a very strong faith; she was musical and a brilliant artist. I would be honoured and proud to have known such a beautiful and respectful woman.

Q: What do you enjoy about living in Northern Ontario?
A: I live close to my family. I love the lakes, the scenery and the wildlife. The weather is great even in winter, and the sunrises and sunsets are beautiful.

Q: What did you want to be when you grew up?
A: I wanted to take care of living things and protect the animals and the environment.

Q: What makes you happy?
A: Discovering a goal and making it my own. Working toward achieving it, and when the goal is complete, looking back at the fantastic journey and being proud of the experience.

Anna Barsanti
Blogger
Christmas ’13 over except for the memories
January 6, 2014