Tis the Season to Be (Mindfully) Merry: 12 Ways to Prevent Mindless Holiday Munching 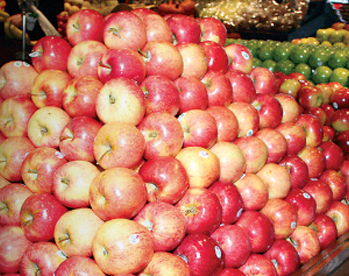 People do a lot of mindless eating over the holidays. According to Dr. Lavinia Rodriguez, an American doctor, though, you’re not fighting a losing battle as the calendar fills up with more and more food-centric events. You just have to go in with a smart, conscious strategy.

Although most people don’t consider “eating” to be the reason for the season, food is nevertheless all around: Turkey. Pumpkin pie. Fudge. Fruitcake. Eggnog. Latkes. Pigs in a blanket. You name it, you’ll most likely encounter it at one holiday gathering or another. And for many of us, that’s a problem. Because if the food’s there, we’ll eat it. Essentially, most of us have a case of the mindless munchies, and come time to make New Year’s resolutions, we’ll regret those thoughtless bites.

“Luckily, you can prevent that ‘Where in the world did these extra six pounds come from?!?’ shock by simply making an effort to be aware of what you’re putting in your mouth—and when,” says Rodriguez, author of Mind Over Fat Matters: Conquering Psychological Barriers to Weight Management (iUniverse, 2008, ISBN: 978-1-4401-0228-8).

“The fact is, food is a given from Thanksgiving all the way until New Year’s,” she acknowledges. “And there are more than enough reasons to put that hors d’oeuvre or extra forkful of pie into your mouth, including stress, fatigue, a party atmosphere, the knowledge that it’s ‘gourmet,’ or simply having a herd mentality. But the thing is, none of those are good reasons. The one good reason to eat is because you’re hungry, and even then, it’s your responsibility to ensure you’re making smart choices.”

According to Rodriguez, you can prevent mindless holiday eating (including overindulging and making unhealthy selections) by knowing beforehand what temptations you’re going to be faced with…and making a conscious decision to eat mindfully.

“When you approach the buffet table or snack tray with a clear strategy in mind, you’ll not only prevent unintended calorie consumption—you’ll also enjoy the food you do eat much more!” she promises. “Plus, you’ll be able to focus more of your attention on conversation and fellowship, which is what the season is truly about.”

Read on for a dozen of Rodriguez’s suggestions for eschewing mindless eating at parties and private gatherings alike:

Have a pre-party plan. If you know you’re going to be faced with a seemingly endless array of food choices at a given event, force yourself to stop and think about what you’d most like to eat before taking your place in line. The fact is, many of us have eyes that end up being bigger than our stomachs, but we feel compelled to join the clean plate club regardless.

“If you have a tendency to overindulge, recognizing that fact is half the battle,” says Rodriguez. “Promise yourself that you’ll choose an appropriate amount of food in order to feel satisfied, not stuffed!”

Focus on your friends and family—not the food. When you walk into your company’s holiday party or your daughter’s dance recital, don’t hone in on the snack table. While the hors d’oeuvres table might be crowded with treats and people, focus on socializing with friends and family instead of on the food. Remember, conversation is calorie-free!

“There are so many activities during the season that food doesn’t have to be your main focus,” says Rodriguez. “When you go to holiday gatherings, slow down and enjoy the atmosphere and then think about eating. Most people will already be on their second (or third!) plates, and you’ll still be on track with your healthy lifestyle.”

Don’t show up starving. At one point or another, we’ve all been guilty of starving ourselves before food-filled festivities, figuring that our hunger will enable us to enjoy the bounty all the more. Well, says Rodriguez, that’s a flawed theory. Going to a party starving only causes you to unwittingly eat too much in too short of a time frame.

“You may have noticed: It’s hard to enjoy food, not to mention make good choices, when you’re ravenous,” she points out. “To avoid mindless overload, try eating a small bowl of broth-based soup or other light morsel before leaving home. It’ll knock the edge off your hunger without costing tons of calories. Also, if you know you’re going to an appetizer party, have your regular meal at home and stick to a small dessert and drink at the event. Appetizers lead to overeating because the mind sees small quantities and keeps asking for more.”

Go for the H2O. Hot chocolate, hot toddies, eggnog, peppermint tea, and wassail are just a sampling of the many popular holiday drinks you’ll be confronted with. Enjoy them in moderation, yes…but don’t forget about good old water! Keeping a full glass at your desk or a bottle in your car can be one of your best allies in the battle of preventing the bulge.

“It’s so important to be aware of hydration!” stresses Rodriguez. “Make sure you’re drinking plenty of water as you stay busy with holiday activities. Dehydration can make you feel fatigued and can make you confuse thirst with hunger, which causes overeating.”

Put veggies in the vanguard. Be honest—you know that “pre-ssert” is a bad idea. So don’t act shocked when you don’t have room for anything else after sampling every type of sweet treat available. Better yet, avoid this pitfall by eating your vegetables first.

“Most of us would like to believe that calories and fat don’t count during the holidays, but that’s just not how it works,” Rodriguez says. “Part of eating mindfully is making a decent amount of healthy choices. And honestly, veggies can be pretty tasty!”

Do your nutritional due diligence. The “I didn’t know it was that fattening!” excuse holds only so much water. If you’re serious about making healthy holiday food choices, it’s your responsibility to have a good working knowledge of common dishes’ nutritional properties (or lack thereof).

“Honestly, the calorie count of many common party foods can be downright shocking,” shares Rodriguez. “For example, one cup of eggnog has 343 calories, one piece of pecan pie is packed with 480 calories, and two tablespoons of cheese ball have 90 calories. By themselves, those amounts may not sound bad, but they can add up in a hurry! When making choices, it’s helpful to go for colorful dishes and for those that are the least ‘doctored up’ with sauces, cheeses, etc.”

Consider your stomach when shopping. When you’re frantically rushing about trying to check off gift purchases for everyone ranging from your boss to Great-Aunt Minnie, you usually don’t think about meals until you’re literally faint with hunger. And at that point, the shortest line in the food court looks pretty good, even if everything on the menu is deep-fried.

“This year, prevent diet disasters at the mall by planning ahead,” suggests Rodriguez. “Think about how long you’re likely to be gone, and be sure to eat something healthy and filling before leaving home. Also, put a few healthy snacks in your purse or car and munch on them in between stores. And if you’re planning on buying a food-court lunch, consider doing so a little before or after standard mealtimes so that a long line won’t prevent you from getting the salad or sub you want.”

Stand firm at the family feast. Soon, grandmas all over America will be urging their loved ones to eat “just one more piece of pie—it won’t hurt!” Yes, Grandma’s intentions are good, but her advice isn’t rooted in reality. Promise yourself that when you’re faced with this type of persuasion, you’ll stand firm and reply, “It was truly delicious, but I honestly can’t eat another bite.”

“At family dinners, especially, the ability to get seconds or even thirds is incredibly tempting,”Rodriguez admits. “To avoid accidental overeating, you’ve got to decide beforehand not to double-dip needlessly—and that’ll be much easier if you treat the time leading up to this special meal like any other: Don’t skip breakfast or lunch, and make sure you’re not starving beforehand so that your appetite is in control. Also, stick to reasonable portion sizes. For example, a piece of meat the size of your palm is probably enough, especially with all of the accompanying sides.”

Find your balance. We may be smack dab in the middle of the holiday season, but thankfully the guidelines for what constitutes a balanced meal remain the same. To stay on a healthy path, Rodriguez recommends trying to eat something high in protein (such as lean meats, cheeses, nuts, or eggs) combined with some complex carbs (those that are made with whole grains) at each meal.

“Carbs are filling and help get the blood sugar back up to normal if it’s declining,” she explains. “And since proteins are digested more slowly than carbs, they’ll help keep your blood sugar more stable so that you don’t get hungry again as quickly. Remember, protein and complex carbs are a recipe against getting ravenous! Which, of course, leads to better dietary decisions.”

Know your too-much triggers. It’s no secret that holiday stress leads to holiday overeating. So if you tend to overeat when you’re nervous or stressed, it’s very helpful to be aware of that fact before you start compulsively chowing down on Chex Mix. No, you won’t be able to completely avoid nerve-wracking situations altogether this season…but you can have a healthier alternative coping strategy in place beforehand.

“If you know that helping your mother-in-law cook will make you want to eat the entire green bean casserole before it’s on the table, or if you’re afraid that you’ll pop pickle after pickle into your mouth to cover your nerves at the holiday party, identify some other coping options beforehand,” Dr. Rodriguez advises. “For example, have a glass of water on hand to drink in place of food. Or excuse yourself and step outside for a minute or two. In a pinch, deep breaths can be a lifesaver. Above all, though, remember that the holidays are for enjoyment, not driving yourself crazy—so avoid overscheduling and overcommitting yourself in the first place!”

Don’t disregard drinks. The fact is, drinks don’t seem as unhealthy as food, but that’s not always what the calorie count says. You need to be just as aware of the liquids you’re putting into your mouth as you are of the foods.

“This time of year, it’s important to manage your alcohol intake especially,” specifies Rodriguez. “With plenty of toasts and the need for liquid courage at karaoke-featuring office parties, it’s easy to overindulge. Decide how many drinks you want to have before going to any given event and stick to that number! The fact is, alcohol puts you at a huge disadvantage when it comes to overeating because it blurs your judgment and lowers your inhibitions, causing you to eat more.”

When you’re hosting, include healthy hors d’oeuvres. While you can’t control the menu at other events, you do get to decide what to serve at your own dinners and shindigs. So be sure to include a few healthy options—there are tons of recipes out there!

“Not only will your own diet decisions be made easier, your guests will probably thank you as well,” Rodriguez asserts. “Chances are, you’re not the only one who’s trying to eat consciously this holiday season. Plus, your spread will be a welcome change after being confronted with the same fattening alternatives at party after party.”

“So you see,” Rodriguez concludes, “avoiding mindless munching over the holidays isn’t an impossible task. In most cases, it all comes down to smart strategies and intentional awareness. Maintaining a healthy lifestyle doesn’t have to get in the way of the excitement and joy of the holidays!”

Getting to the point about immunization

Beat the battle against flu and colds naturally

Garlic helps to fight off colds