All posts by Patricia Mills

Hate speech should not be confused with freedom of speech

The vicious personal attacks on individuals involved in Sudbury’s recent byelection were shameful and disgusting and border on hate speech [...]

Travels with my daughter

It was no easy feat getting up at 4 am to go stand in line at a bus station, at the base of a mountain, in the dark to begin the arduous journey of arriving in Machu Picchu before the sun came up.   We were tired, awake all night because the ceiling of our [...]

Do you want to Cook for Me?

We thought it was really cute when one of Amelia’s first words was iPad. She said it around the same time that she started saying Dada and Illie (for her older sister Lily). And it really was cute when she said it in her very little girl voice, heavy with the accent of a [...] 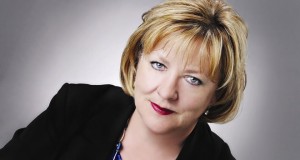 Our little piece of paradise

When Joni Mitchell sang, “you don’t know what you’ve got till it’s gone…” in her 1975 song, Big Yellow Taxi, she was referring to the environment. However, it has also become my mantra to keep my body moving when it would much rather hibernate, and to move it outside on our numerous scenic routes throughout [...]

Patricia Mills
Founding Publisher
Hate speech should not be confused with freedom of speech
April 13, 2015