Vicki Gilhula December 5, 2018 Holiday No Comments on The story of A Christmas Story 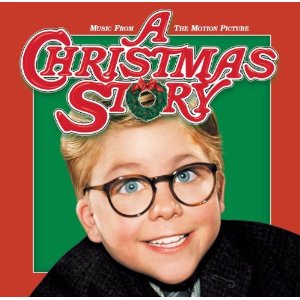 A Christmas Story, released in 1983, has not only become part of popular culture, it has spawned an empire. There is A Christmas Story museum, a website, a product line, and a musical stage version.

In 2007, AOL ranked the film its No. 1 Christmas movie of all time. Much of A Christmas Story was filmed in Cleveland but scenes were shot in Toronto and St. Catharines back in the days when Canada was a tax haven for American filmmakers. It was directed by Bob Clark, who also made the horror flick Black Christmas (1974) and Porky’s (1982).

Movie critic Leonard Maltin describes A Christmas Story as “one of those rare movies you can say is perfect in every way.”

The film is set in Hohman, Indiana, in the late 1940s. Little Ralphie Parker wants only one thing for Christmas an “official Red Ryder Carbine-Action Two-Hundred-Shot Range Model Air Rifle.” Santa’s famous line from the movie is, “You’ll shoot your eye out, kid.”

Three of the semi-autobiographical short stories by Jean Shepherd, the basis of the movie, were published in Playboy magazine. Shepherd is the voice of the adult Ralphie and narrator of the film.

A Christmas Story was a moderate success when it was released. Thanks to repeated television airings and the sale of six million home videos, it became a phenomenon. Fans can visit the house where the Parker family house Cleveland. Last year, the opportunity to spend Christmas in the house was auctioned for charity.

The Red Ryder BB guns, the famous “leg” lamp—5,000 are sold each year—and character Christmas decorations. Dept 56 village pieces are sold in the gift store. Visitors to the Cleveland museum are invited to have Peking duck (Chinese turkey) at a nearby Chinese food restaurant.

In 2008, two Canadian fans visited every location in the film and released a documentary about their trip tittled Road Trip for Ralphie,

Peter Billingsley, the actor who starred as Ralphie, is the producer of A Christmas Story, the Musical. Songs include You’ll Shoot Your Eye Out, Before the Old Man Comes Home, and Red Ryder. The musical is playing in Chicago for the holiday season, and probably will inspire another generation of fans.