Sudbury Living Magazine March 14, 2016 Travel No Comments on Too many Canadians do not buy travel insurance 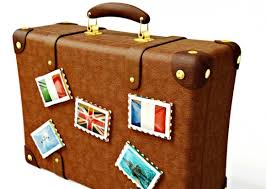 (CNW) Canadians look forward to their annual vacations, many returning to the same destinations year after year, while others plan for exciting new adventures. Regardless of the type of trip planned, there are some common items travellers always remember to bring with them on vacation. According to a recent RBC Insurance survey, the top item travellers would never leave home without is their passport (75 per cent), followed by electronics (53 per cent) and their medication (49 per cent). Alarmingly, more than half of travellers (55 per cent) would leave home without their travel insurance.

As travellers get older, they are more likely to bring travel insurance when leaving home; whereas only 26 per cent of young adults (age 18 – 34) list travel insurance as one of the items they’d definitely pack when travelling. Instead, young travellers are more likely to remember to bring items such as their electronic devices (69 per cent) and medication (38 per cent).

“This time of the year Canadians across the country are planning for that much-needed break from Canada’s weather,” explains Anita Mukherjee, head of Travel, RBC Insurance. “When deciding what to pack, it’s not surprising that our passport tops the list of items travellers would never leave home without. However, what’s alarming is that Canadians are more focused on their electronic devices, such as a cell phone and laptop, than travel insurance.”

What kind of travellers are Canadians?
Nearly half of Canadians like to play-it-by-ear while on vacation. The rest represent a wide variety of styles:

Be prepared: Don’t be stuck in a sticky situation
Four in ten (43 per cent) Canadian travellers have experienced at least one unwanted travelling scenario while on vacation, with 16 per cent finding themselves in the lost luggage office and 15 per cent having to make a stop at a local hospital or doctor’s office.

“The results show that no matter what kind of traveller you are, certain situations cannot be avoided,” adds Mukherjee. “It’s often difficult to plan for unexpected circumstances while on vacation. Travel insurance is there to protect you against emergencies or unforeseen events; so it’s important for Canadians to realize the value in having travel insurance and purchase appropriate coverage before leaving home.”

About the RBC Insurance Poll
These are some of the findings of an Ipsos Reid poll conducted between December 15 and 20, 2015, on behalf of RBC Insurance. For this survey, a sample of 1,003 Canadians who claim they have traveled outside their home province within the last two years from Ipsos’ Canadian online panel was interviewed online. The precision of Ipsos online polls is measured using a credibility interval. In this case, the poll is accurate to within ± 3.5 percentage points, 19 times out of 20, had all Canadian travellers who fit this sample universe been polled. All sample surveys and polls may be subject to other sources of error, including, but not limited to coverage error, and measurement error.