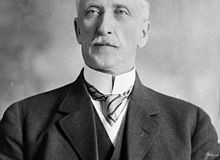 There’s a name for what I’ve got. It is called “triskaidekaphobia” and the word comes from the Greek for “fear of the number 13.” I come by my superstition honestly. My relatives, the Carolans, were Irish Catholic and they passed their superstitions onto my mom. She is particularly fearful of black cats and can [...]

In the Spring issue, Scott Haddow writes about Canadian boxing champion Amber Konikow. “Boxing gave me the feeling I could take on anything,” Konikow says. “It’s a positive experience for me. Boxing opened a lot of doors and opportunities for me. It gave me the confidence to go through those doors and achieve more goals [...]

A diary of summer days

June 6, 7, 8, 2003 We got the boat in the water. No problem. The boat is left on the shore over the winter and we are always happy to see it hasn’t been stolen or vandalized. There are lots of bugs on shore, but is not too bad at the camp. The first trip [...]

That’s Gaelic for Happy Christmas. Here are some of the Irish Christmas traditions, information available from www.ireland-information.com. Ireland, like most countries, has a number of Christmas traditions that are all of its own. Many of these customs have their root in the time when the Gaelic culture and religion of the country were being suppressed [...]

Consider this news release from United Here, a labour group that is waking up Canadians to the fact that there is a good reason the number of Canadian manufacturing jobs are shrinking. CNW/ - Labour union, UNITE HERE announced today it has launched a cross country campaign to persuade Reebok to bring back to Canada [...]

This weekend I am planning on making the bread pudding recipe on the new Milk Calendar. The following is some information on healthy food options and the release includes a recipe for chocolate bread pudding. Make Popular Holiday Foods Healthier T’is the season to eat, but that’s no reason to be unhealthy during the holidays. [...]