Christmas ideas for every room of the house 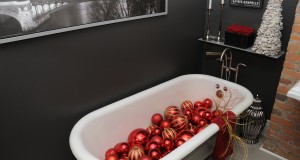 Check out more ideas for decorating every room of the home the Winter 2013 issue of Sudbury Lving. The décor trends for the holiday season were decided at ChristmasWorld  in Frankfurt, Germany, every January. It takes a long time to get ready for the most wonderful time of the year, Buyers for department stores and [...]